Unmute: Amplifying Worker Voice to Influence Decision-Making in the Workplace

The inability to "have a say" at work has far-reaching implications for workplace productivity, as well as worker morale and mental health.

Sponsored by the Centre for Industrial Relations and Human Resources (CIRHR), the Ontario Assembly on Workplace Democracy was a first-of-its-kind effort to bring together 32 everyday Ontarians with diverse backgrounds and work histories, selected through a democratic lottery, to collaboratively develop recommendations to improve worker voice in Ontario in the 21st century. The participants discussed their own experiences voicing concerns at work; learned about existing labour legislation and protections from experts; and established a collective vision for what worker voice should look like in the future.

Register now for the 2022 Morley Gunderson Lecture where you'll hear from assembly organizers and experts, including Simon Pek from the University of Victoria and CIRHR Director/Moderator, Rafael Gomez, as well as two assembly participants. Attendees will learn more about the initiative, its process, and its members' 14 policy recommendations pertaining to what the government, employers, and labour advocates can do to amplify workers' voices in the workplace.

The Assembly's full report will be released in early December 2022.

The Morley Gunderson Lecture in Labour Economics & Industrial Relations is jointly sponsored by the Centre for Industrial Relations & Human Resources, the Department of Economics, and Woodsworth College. It was established in 2015 in recognition of the interconnections between the three units, and named for Professor Morley Gunderson to honour his contributions to Canadian labour economics and industrial relations over the past five decades. 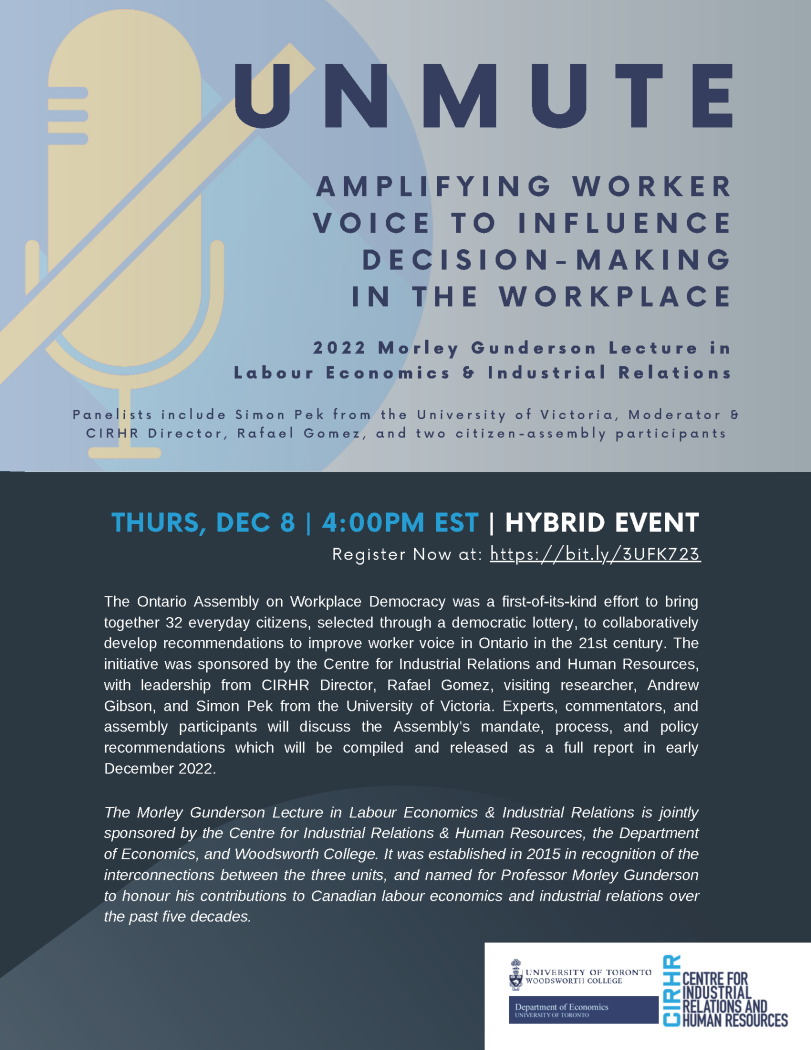