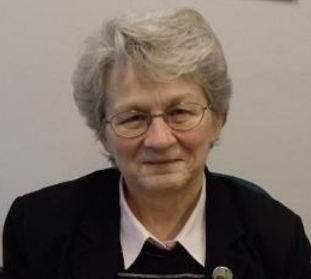 Theresa Moritz has been teaching literature as well as critical reading and writing skills at the University since the 1990s; she joined Woodsworth College in 2006. Her principal duties are teaching English literature in the Academic Bridging Program and working as a writing instructor in the Academic Writing Centre. In addition, she has created three courses: Writing for Social Scientists (WR307H), a writing and research methods course for third- and fourth-year social science students, which she taught for three years (2007-2009); Jane Austen’s Pride and Prejudice in Her Time and Ours (CCR199Y), a first-year seminar focusing on adaptations of Austen’s enduringly popular novel, which she has taught since 2008; and Cultural Literacy in the Information Age (TBB199H), a first-year seminar starting in 2011 that will explore how university research is being affected by student use of the internet.

Since coming to Woodsworth, Dr. Moritz has presented several conference papers on the pedagogy of writing instruction. Before 2006, she published both academic and general interest books and articles. One of them, The World’s Most Dangerous Woman: A New Biography of Emma Goldman, which she co-authored with Albert Moritz, was awarded the Joseph and Faye Tanenbaum Prize in Canadian Jewish History in 2003.

Dr. Moritz participates in a number of campus activities, including the Faculty of Arts & Science mentoring program for high school students, for which she conducts a class on the influence of gender difference in determining reading choices. She has taught in Woodsworth’s University in the Community program; her lecture series on Jane Austen’s Pride and Prejudice was an inspiration for her first-year seminar course.

Courses:
• CCR 199Y: Jane Austen’s Pride & Prejudice in Her Time and Ours
• ENG185Y Introduction to the Study of Literature
• TBB 199H: Information in Cultural Literacy in the Information Age